Do you have an upcoming event that you think our community should know about? Fill out our Event Submission form so we can share it with our valued clients and partners.   *Subject to approval.

Born out of philanthropist Jim Palmer’s vision to restore the leadership role he believed the public sector had lost, the Palmer Conference on Public Sector Leadership has been successful in bringing together policymakers, public servants and stakeholders since 2010.

Providing a forum for dynamic discussions with diverse participants, the Palmer Conference has set a standard for high-quality dialogue and world-renowned speakers and aims to fulfill Jim Palmer’s desire to provide a process by which those who make policy, implement policy, and feel the effects of policy could have meaningful interactions and garner valuable insight from one another.

This year’s conference, hosted at the University of Prince Edward Island (UPEI), will focus on The Future of Work — the challenges and opportunities “emerging” and “disruptive” technologies such as artificial intelligence and automation are having on labour and consumption. Notable speakers will include Sandy MacDonald, president and CEO of Holland College and Atlantic Canada’s representative on the Future Skills Council; John Baker, founder of the education software company D2L; Nicole LeBlanc, director of investments and partnerships for Sidewalk Labs; Carl Benedikt Frey, Oxford University expert on the economics of automation; Lisa Taylor, president and founder of Challenge Factory and the Centre for Career Innovation; Gwynne Dyer, journalist and author; and Benjamin Pring, co-founder of the Center for the Future of Work, New Jersey. Don Newman of CBC will return as the conference emcee, and 75 delegates will participate.

The Atlantic Canada Fish Farmers Association, in partnership with the Atlantic Canada Business Development Program (BDP), invites you to participate in the 2019 Pan Atlantic Canada Aquaculture Mission August 16 to 23, 2019.  AquaNor, held in Norway every two years, has been an important international venue for the aquaculture industry for over 30 years. Here the industry is introduced to all the novelties, products, services, and research and development projects of relevance to the industry. Exhibitors emphasize the unique opportunities that AquaNor provides for interaction with decision-makers and buyers representing the international aquaculture industry. Visitors find that AquaNor offers the best overview of products and services provided by the principal suppliers of the trade, making it a key biannual event for businesses seeking to increase their exports or learn about new technologies that can be imported to enhance production in Atlantic Canada. For more information please contact Brian Rogers at Rogers Conuslting Inc. at (902) 497-5898 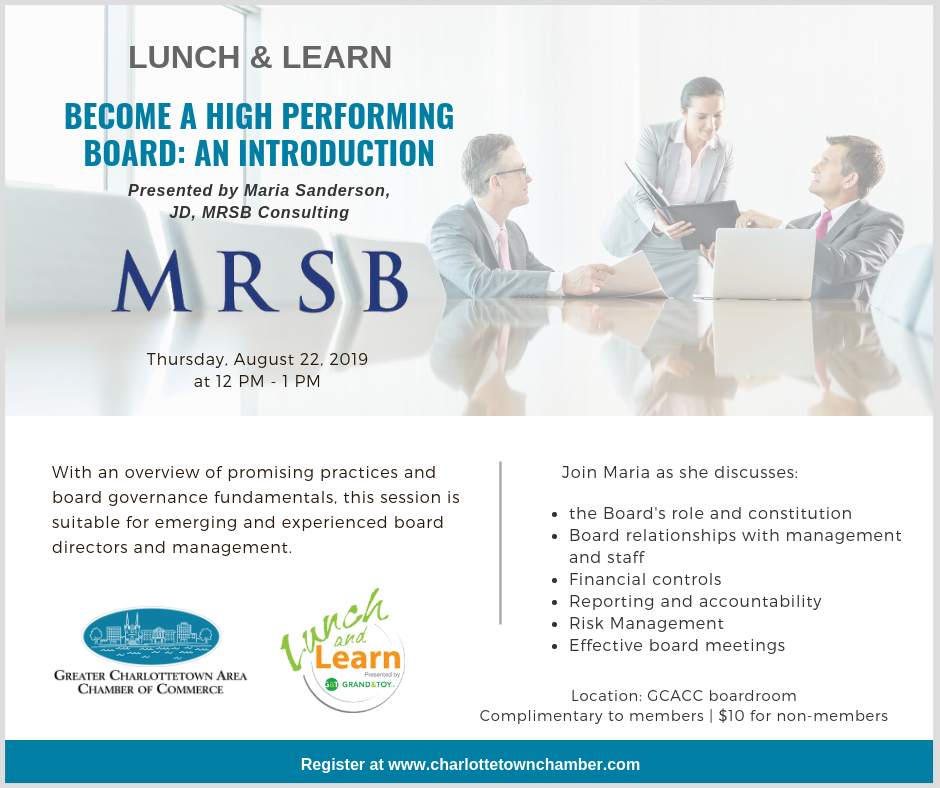 Preston Llewellyn or Julie Alford will be available for meetings here at this time. Book half-hour appointment slots by contacting Erin!

They will be here every other Thursday.

Preston Llewellyn or Julie Alford will be available for meetings here at this time. Book half-hour appointment slots by contacting Erin!

They will be here every other Thursday.

Weekly coffee chat at Startup Zone is an ongoing event you can attend.  Check their website or sign up for their newsletter to stay informed of all Startup Zone events.

In this session, you will learn:

Please arrive 10 minutes in advance to the presentation to allow for check-in at the Chamber reception desk.

This month will feature Lightning Talks⚡️!

A series of informal 7 minute talks by … you. Just sign up when you arrive. It doesn’t have to be a polished talk, but you will have only 7 minutes.

Not sure what to talk about? Here are some ideas:

Our Code of Conduct:

Weekly coffee chat at Startup Zone is an ongoing event you can attend.  Check their website or sign up for their newsletter to stay informed of all Startup Zone events. 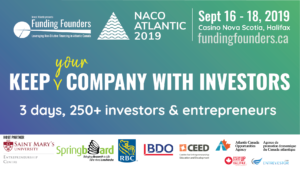 Invest Atlantic and the National Angel Capital Organization have teamed up to offer very-early stage startups to mid-stage founders the opportunity to hear from and meet Canada’s non-dilutive and dilutive funders. You’ll discover new options to leverage non-dilutive funding while continuing to work with angel, VC investors and other equity-based funders.

This year Invest Atlantic celebrates its 10th anniversary by introducing Funding Founders. After touring the four Atlantic provinces making it a true pan Atlantic event we are pleased to be back in Halifax this year. Over 2,000 startups, investors, service providers, mentors, researchers, and entrepreneurially minded students have attended with over 560 companies funded.

Now it’s time to build on that with a new wave of funding using a balanced approach to dilutive and non-dilutive financing. In collaboration, they can achieve impactful outcomes for founders, shareholders & funders alike.